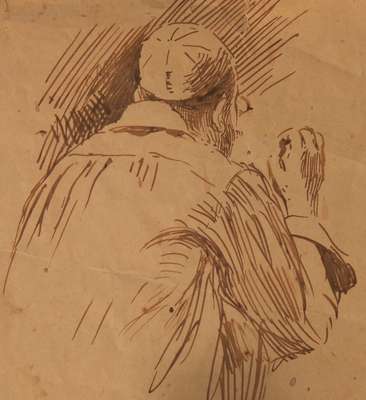 He studied at the Institute of Fine Arts in Naples, but his real master was Antonino Leto, from whom he inherits the love for Capri, the island where he spent all his life.
The influence of Leto is initially visible in his painting but then, over the years, he becomes more persona.
Even the influence of Attilio Pratella and Vincenzo Irolli is always present in his paintings.
Valid landscapes painter, the island of Capri is the main source of inspiration, but also his still-life paintings of fish, mussels and octopus as well as urban landscapes depicting the heart of Naples are represented in his paintings.
Among his works, mentioned in several public collections are Spring in Capri, in the Council of National Economy of Bologna Piazzetta of Capri fountain at the Gallery of Modern Art in Milan, and traffic in the Town Hall of Naples.

Would you like more information on the work "Interno di chiesa" of Felice Giordano?